The saga continues. This one’s dedicated to the Siren franchise, which means it’s a more in-depth version of some ideas I first poked around in in the tail end of this lesson plan.

I wanted to finish up this ep because it caps off a four-episode sequence that begain with ep 4. But my hiatus from this series is beginning now. Next up: catching up on interesting games from 2018.

END_OF_DOCUMENT_TOKEN_TO_BE_REPLACED

I did it! I fulfilled my self-imposed goal of uploading four of these in December. (I also accidentally fulfilled my prediction that I’d post one of these on Christmas, which is when I actually uploaded the video.)

One consequence of sticking to this video-making schedule is that I’m now behind on playing games, and won’t be able to post any further run-downs of interesting games of 2018 until January. Following that, I’m going to be diving back into some peer-reviewed work. Not sure when I’ll return to this series, but rest assured: more is planned.

(This one serves as an “enhanced edition” of the lesson plan I originally posted here. Very happy to have a chance to tweak this material further, as it remains one of the favorite in-class discussions I’ve ever had with students.) And even though I don’t credit him in the video, I must give a shout-out to Adam Hart, whose writings on slasher films have been a frequent inspiration.

END_OF_DOCUMENT_TOKEN_TO_BE_REPLACED

Episode 5 is up! It’s going to be tight, but I think I’m going to make my self-imposed goal of releasing four episodes in December.

Mostly new material this time, although there’s elements pulled from this post. Script below the jump.

END_OF_DOCUMENT_TOKEN_TO_BE_REPLACED

Episode 3 is up! I’m planning to step up the pace on these massively, far beyond the one-dropping-per-month rate I’ve been going at so far. Hoping to get 3 more posted by the end of the year. Script below the jump.

END_OF_DOCUMENT_TOKEN_TO_BE_REPLACED

Episode 2 is up! In hindsight, I should have released the first one on October 1st, instead of October 31st. That way I could have produced a steady stream of them while people were in a spooky mood. At the rate things are going now, I’m going to be releasing subsequent episodes of this series on Christmas, maybe even Valentine’s Day. Whoops!

This one is on the Silent Hill series, so there’s aspects of this post and this post folded into it. There’s also plenty of new materials, though. Keep you eyes peeled for episode 3. Script, as usual, is below the fold.

END_OF_DOCUMENT_TOKEN_TO_BE_REPLACED

I’ve begun a new series of “Let’s Study” videos on horror games, just in time for Halloween. This first episode explores the historical roots of the survival horror genre, which means that it’s a new manifestation of this lesson plan.

Over the summer, I was working on a peer-reviewed video essay that’s quite thematically dense. As a result, this video feels a little bit shaggy to me: loose, casual, searching for a central raison d’être. I constantly had to remind myself that this is for general audiences, and not every audiovisual argument needs to be an airtight assemblage of well-researched examples.

The unqualified good news? This video is a massive improvement on the previous blog post version of this lesson plan. The future videos in this series will be a mix of original material and “enhanced remakes” of previous lesson plans.

Transcript below the fold, as usual.

END_OF_DOCUMENT_TOKEN_TO_BE_REPLACED

Of course, we could ask why players ever needed to connect to a social network to take screenshots of a game in the first place. (Certainly, the ever-reliable twelve seconds required to reach the Miiverse servers was never welcome.)

But, in honor of its passing, let’s cut the Miiverse some slack. The Wii U was, after all, the first console to launch with a built-in screenshot taking mechanism, catching up to Steam’s well-worn “F12” key. And it remained, up until last night, admirably responsive. Despite the network-induced downtime, you were still guaranteed to capture the exact frame up on the screen when your thumb hit the “home” button, with none of the guesswork-inducing delay of the PlayStation 4’s “share” function.

That’s not the only feature the Wii U sported that was demonstrably superior to those of its competitors. It gave the world the first web browser for a home console that didn’t completely suck. To this day, I still curse the Steam and PS4 browsers for not auto-filling your browser search bar with the game you have suspended, a cherished Wii U feature. And the notion that strategy tips posted on Miiverse would transform every game on the console into a pseudo Souls-like was intriguing, even if never got implemented beyond a few choice first-party titles like Super Mario 3D World.

Ah, and now I’m getting all misty-eyed. I missed a prime moment to post a retrospective on the Wii U console, back in March when the Switch launched. But the Miiverse’s death seems like a worthy milestone, so let’s commemorate.

END_OF_DOCUMENT_TOKEN_TO_BE_REPLACED

Since the unexpected and shocking death of my friend Hannah Frank last week, I have been thinking a lot about the Black Mirror episode “Be Right Back” (Series 2, Episode 1, dir. Owen Harris, 2013). Since the time I first saw it, I’ve thought it was a very good slice of speculative fiction, but it was not until the past week that its insights into 21st century psychology truly hit me.

END_OF_DOCUMENT_TOKEN_TO_BE_REPLACED 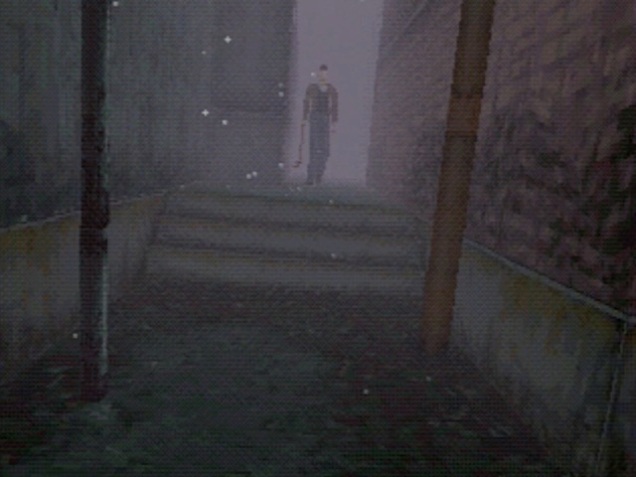 I have wanted to write about the original Silent Hill (Konami Computer Entertainment Tokyo “Team Silent,” 1999) for a very long time. But it has been difficult to find a “way in.” Unlike its pseudo-remake, Silent Hill: Shattered Memories (Climax, 2009), which I have successfully gotten around to writing about, Silent Hill doesn’t have much in the way of interesting flaws to pick apart. It has flaws, to be sure. But its flaws are banal. It falls prey to the “let’s belatedly explain our incoherent story via some back-loaded cutscenes” problem so typical of games of the original PlayStation era, especially those produced in Japan that I have only ever experienced in English translation. Its successes, meanwhile, are numerous. But I’ve never found a way to approach them with intellectual rigor. My reaction to the game is a primal one, and I have struggled to conjure critical thoughts beyond, “my, it really is surprising how effectively scary this game still is, despite the limitations of its visual style.”

But, what the hell: I’m going to give it a shot, in the form of one of my “hodology of videogames” series of posts. Since it’s been awhile, here’s a quick refresher on the ground rules: “Hodological space” refers to the space that humans inhabit: not a space made up of strict coordinates, but a thicket of preferred paths, affected by factors such as interest, distraction, fatigue, and urgency. It’s a term that originated in the writings of psychologist Kurt Lewin, and which traveled by way of Sartre into the realm of phenomenology. Today, I’ll be thinking about the paths players take through the town of Silent Hill.

END_OF_DOCUMENT_TOKEN_TO_BE_REPLACED

I’ve written about synesthetic interfaces before: that is, interfaces that perform a sensory substitution, translating the information normally associated with one sense modality into the phenomenal forms normally associated with another. In my previous work, I’ve usually focused on forms of nonhuman perception and certain modes of perceptual expertise. The release of Perception (The Deep End Games, 2017) yesterday, however, gives me an opportunity to dip into a new topic: disability.

Perception is a horror game about a blind woman exploring a haunted house. Unlike a game such as Papa Sangre (Somethin’ Else, 2010), however—an experiment in audio-only digital game design that has sadly been taken off of the iOS App Store as of this writing—Perception doesn’t court blind and other low-vision players. Rather than featuring robust, binaural sound localization simulation, Perception re-imagines the auditory perception of its blind protagonist Cassie as a kind of sonar vision, thrown up on the player’s screen in spooky, warbly monochrome.

This isn’t the first time games nominally about blindness have been served up to sighted players. In this post, I take up a comparative investigation of Perception alongside Beyond Eyes (Tiger and Squid / Team17 Digital Ltd, 2015), which drops the horror angle in favor of child-friendly, colorful adventure.