After watching To All the Boys I’ve Loved Before, I couldn’t particularly give a rave-review. I thought the dialogue wasn’t great, the setting was a bit weird, and overall was just a bit hard-to-get-through. However, after watching the film, I proceeded to read a piece about Romantic-Comedies by Tamar Jeffers McDonald. In it, she talks about general responses to the genre as a whole, writing, “Romcoms are viewed as ‘guilty pleasures’ which should be below one’s notice but, Jo Berry and Angie Errigo suggest, which satisfy because they provide easy, uncomplicated pleasures”. Nevertheless, she goes on to argue that the appeal which romcoms provide to their audience is more complex that that. Having read this argument, and having thought about it in relation to my own reactions to the movie, it left me wondering: “Were my feelings on the movie biased in some way by the general sentiments towards the Romantic-Comedy genre?” “Did my distaste for the movie stem from some elitist viewpoint?” I wouldn’t particularly describe myself as a romcom-hater, but maybe it was forming under the surface…

END_OF_DOCUMENT_TOKEN_TO_BE_REPLACED

Return of the Obra Dinn, created by Lucas Pope and released in 2018, is a game primarily about clues. This makes sense, as Obra Dinn is ostensibly a detective game and clues are a necessary part of the detective genre in any medium. The way Return of the Obra Dinn presents its clues though, and how the player interacts with and makes sense of them, is unique in a way that makes most of the gameplay experience extremely satisfying. It also heavily relies on, while also subtly subverting, many of the tropes of detective genre fiction as a whole to similarly satisfying ends.

END_OF_DOCUMENT_TOKEN_TO_BE_REPLACED

Howard Hawk’s classic Bringing Up Baby is a prime example of the screwball comedy at the height of its popularity in the 1930s. It has quick dialogue, zany characters and an ultimately light hearted story filled with comedic moments. The story does however deal with the romance, albeit maybe one sided, between its two protagonists Katherine Hepburn and Cary Grant. With elements of both comedy and romance, the next logical question would be to ask if Bringing Up Baby could be labeled as a RomCom? I’ll use this blog post to go over the narrative of the film, then using definitions of the narrative structure of RomComs  by Geoff King and Tamar Jeffers McDonald, try to identify the elements in Bringing Up Baby that mirror tropes of the modern RomCom. In doing so, I hope to paint Bringing Up Baby, not as a definitive RomCom, but as a precursor to what would become the modern version of the genre.

END_OF_DOCUMENT_TOKEN_TO_BE_REPLACED

One of my favorite experiences playing a tabletop role playing game is one called Monster of the Week. It puts a more modern spin on the typical fantasy genre, with characters using computers, guns, cell phones, and more to take down monsters in the present day. Character archetypes include tech savvy scientists, mysterious cultists, and my personal favorite: the hard-boiled detective. You get lots of cool detective abilities, like the ability to avoid lethal damage while you have a case on your hands, and the ability to detect when a criminal is lying. The character archetype is all about uncovering information, and sleuthing out the truth. This driving motivation is a common character trait detectives have across different forms of media, and games are no exception.

Enter A Hand With Many Fingers.

END_OF_DOCUMENT_TOKEN_TO_BE_REPLACED

Game Grump’s 2017 surprise indie darling Dream Daddy: A Dad Dating Simulator was not only an unexpected hit, but also a major step for diversity and inclusion within an established genre. I vividly remember the overwhelming influx of memes and discourse Dream Daddy spawned in the LGBTQ+ gaming spaces I frequent. Screencaps of irresistibly cute, dateable dads having meaningful discussions with each other were certainly enticing, but dating sims were never really my genre, so I only first played the game for the class. I am glad I finally did.

On the surface, Dream Daddy looks and plays a lot like many other dating simulators. You begin by designing your self-insert daddy and are then immediately informed of your backstory. A single father who recently lost their partner, you and your daughter Amanda are moving across town and starting new. Once you arrive at the Cul-de-Sac where you now live, you begin to meet the cast. Attractive, archetypical dads welcome you to the neighborhood where you can get to know them better by going on dates.

END_OF_DOCUMENT_TOKEN_TO_BE_REPLACED

Katawa Shoujo is defined by its official website as a “bishoujo-style visual novel set in the fictional Yamaku High School for disabled children, located somewhere in modern Japan.”[1]There are a couple of translations of the title circulating around the web, but the one that’s on the official website is “Disability Girls.”[2] While the game credits its development to a company named “Four Leaf Studios,” that’s actually a name for a coalition of 4chan forum users, who created this game over the course of five years based on an illustration posted there in 2007.[3] Even the game’s opening credits use the usernames of the 4chan users as opposed to full names.[4]

Before I continue, I want to acknowledge a few points. Firstly, this discussion will contain some major spoilers for Katawa Shoujo. Given how the game’s narrative is so tightly wound up with its mechanics, as I’ll discuss soon, it’s not really possible to meaningfully talk about Katawa Shoujo as a romance, comedy, tragedy, or even a game without spoiling things. Secondly, I am not an expert on portrayals of disability in media and fiction and can’t speak with any sort of proficiency to whether or not Katawa Shoujo’s portrayals of disabilities are realistic or not, or sensitive or not. (Or a mix of all of those, depending on which character and scene in the game.) Lastly, this game does contain adult content and sex scenes, although all subsequent content and screenshots below are safe for work.

END_OF_DOCUMENT_TOKEN_TO_BE_REPLACED 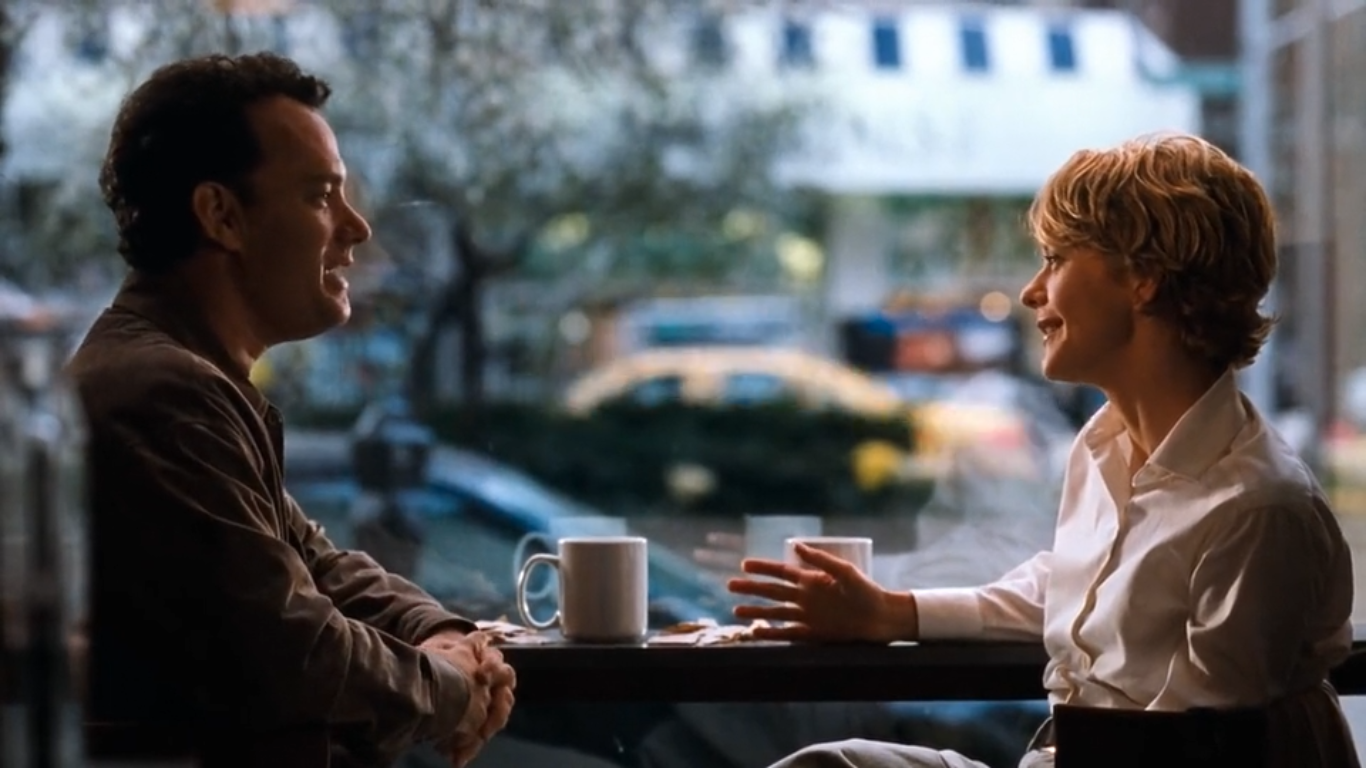 END_OF_DOCUMENT_TOKEN_TO_BE_REPLACED

Her Story is a 2015 FMV detective mystery game by Sam Barlow. Throughout the game, the player acts as an unidentified investigator of sorts, gleaning through a police database of video clips from seven interrogations of a woman, Hannah Smith, to solve the murder case of her husband Simon (initially presumed missing) in 1994. The only information on the game’s objective right off the bat comes in the form of saved files on the desktop that explain the premise of searching through clips and compiling the story behind the murder case. As a player, you type keywords into the database’s search bar to unlock clips that include the words you searched, but only have access to the first five clips that appear from the interrogations chronologically. The game begins with the word “MURDER” already typed into the search bar, which primes the player for perceiving the game as a murder mystery. Other functions accessible as a player are the tagging function, which allow you to add tags to video clips to sort them into related categories, and the add to session function, which saves video clips in a bar at the bottom of the database to return to later. The Database Checker on the home screen indicates how many clips out of 271 available, varying in length and content, the player has already viewed. The ChitChat app, a messenger program, appears on the screen after unlocking most of the story, at which point the player can finish the game without having viewed all of the interrogation clips.

END_OF_DOCUMENT_TOKEN_TO_BE_REPLACED

Minecraft is a lot of things. Its best description is an open-world sandbox survival game first published by Mojang in alpha version 1.0 in 2010. Although the type of game can be narrowed down in this way, approaching the particular genre of story Minecraft provides is a bit more difficult. In the original (and most well-known) game mode, “Survival Mode,” The player spawns into a randomly generated world of colorful blocks representing the materials that the world is constructed out of. The player can immediately begin exploring and collecting resources to craft tools and to build structures within this natural world. Throughout a single playthrough in Alpha 1.1 the player can traverse plains, hills, mountains, rivers, oceans, and caves. The only things the player will never find in this world is a hint of an existing story.

Although each world of Minecraft is essentially infinite as they generate new biomes as the player explores farther from spawn, the Alpha version was completely devoid of generated structures. The player can travel as far as they desire, but they will never encounter any objects, terrains, or structures hinting at a sign of “civilization” nor will they find any type of story or objective to follow. The world is open for exploration and change driven solely by the player. In this way, the world exists for the player to do with it whatever they wish to do. The state of Minecraft remained relatively static for over a year, except for the addition of The Nether, an alternate realm only accessible by constructing a portal. The Nether also lacked structures, goals, and story elements, but it provided several new materials to be acquired, opening the door for new possibilities for the player to build.

END_OF_DOCUMENT_TOKEN_TO_BE_REPLACED

The Forest is a first person open-world survival game with a horror twist. In the opening sequence your character, survivalist Eric Leblanc, experiences a plane crash while traveling with his young son Timmy. The crash disorients your character, and one of the last things you see before falling unconscious is a human figure picking up Timmy and carrying him away. Once you regain consciousness, the game truly begins. Armed with a survival guide, a small axe, and whatever small items you pick up around in the plane, you step out into the forest to begin your adventure.