Moving right along! This episode adapts some material from this post, but also includes plenty of new material, as well. Script below the jump.

END_OF_DOCUMENT_TOKEN_TO_BE_REPLACED

Ah, the game menu. So often in PC games, it is accessed by hitting the “esc” key, and so often it is just that: an escape from the pressures of the game. A place where players can put things on pause, and can retreat into a familiar suite of low-pressure activities. Saving. Loading. Inventory management. Party management. Gamma settings. Resolution settings. Pretending to know the difference between trilinear and anisotropic texture filtering, and then getting up to pee. So calming. So safe.

Except when it’s not.  Because sometimes, one encounters a menu that is just a little … off. An “off menu,” shall we say.

Below the fold, an appreciation of two games, including one from 2016. Tis the season for year-end retrospectives and “best of” lists. Unfortunately, I had neither the time nor the budget to expose myself to many of 2016’s releases in the calendar year of 2016, so I’m not well-positioned to mount a case that CALENDULA (Blooming Buds Studios, 2016) is actually one of my “favorite” games to release this year. But I did want to slip in a write-up of it before December gives up the ghost. (Spoiler warning for both games … including one that’s over a decade old.)

END_OF_DOCUMENT_TOKEN_TO_BE_REPLACED 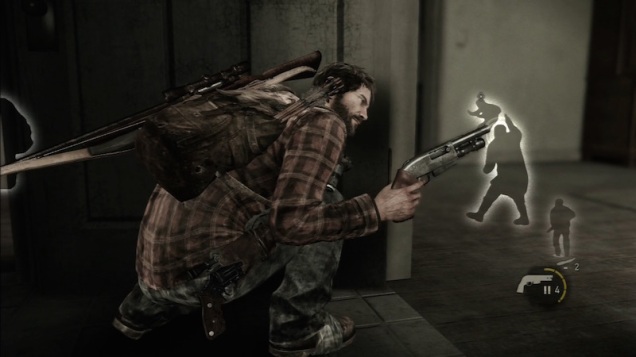 The following is the spoken presentation version of my talk from DiGRA’s 2014 conference in Snowbird, UT. The full paper, as drafted up for the conference’s proceedings, is available here. You can follow along with the visual presentation for this spoken version here.

Today, I’d like to address a cluster of game user interface design options that I have lumped together under the category of synesthetic interfaces. By this, I’m referring to interfaces that perform a sensory substitution, translating the information normally associated with one sense modality into the phenomenal forms normally associated with another. This is part of a larger interest of mine of examining approaches within game UI design in terms of the epistemic strategies they enact when establishing the relation of players to their avatars, and avatars to their worlds.

END_OF_DOCUMENT_TOKEN_TO_BE_REPLACED

The following is the spoken presentation version of my talk from the 2013 Philosophy of Computer Games conference in Bergen, Norway. The full paper, as drafted up for the conference’s proceedings, is available here. You can follow along with the visual presentation for this spoken version here.

Over the past decade, the term “affordances” has nestled itself into a firm and comfortable position within the vocabulary of videogame theory, having found widespread adoption among both academic videogame theorists and practicing videogame designers. Exact definitions of the term vary, but within a fairly predictable range. So, for a few examples, we have: