I did it! I fulfilled my self-imposed goal of uploading four of these in December. (I also accidentally fulfilled my prediction that I’d post one of these on Christmas, which is when I actually uploaded the video.)

One consequence of sticking to this video-making schedule is that I’m now behind on playing games, and won’t be able to post any further run-downs of interesting games of 2018 until January. Following that, I’m going to be diving back into some peer-reviewed work. Not sure when I’ll return to this series, but rest assured: more is planned.

(This one serves as an “enhanced edition” of the lesson plan I originally posted here. Very happy to have a chance to tweak this material further, as it remains one of the favorite in-class discussions I’ve ever had with students.) And even though I don’t credit him in the video, I must give a shout-out to Adam Hart, whose writings on slasher films have been a frequent inspiration.

END_OF_DOCUMENT_TOKEN_TO_BE_REPLACED

I have taught André Bazin’s essay “Ontology of the Photographic Image” in two very different contexts: once in the “Image” portion of the University of Chicago’s Media Aesthetics sequence in their Humanities Core, and once in a writing seminar at the School of the Art Institute of Chicago entitled “Moving Images and Arguments,” on cinematic rhetoric. Surprisingly, both times I taught it, large portions of my lesson remained the same: the main difference was that I spent more time discussing the philosophical groundings of Bazin’s piece in Media Aesthetics, whereas I used the extended course time in “Moving Images and Arguments” to show and discuss a wider variety of things.

Both times I taught this, I used Timothy Barnard’s translation, from the Canadian Caboose edition of What Is Cinema?. When that translation first came out, it got a lot of buzz, although its hallowed status might have had a lot to do with it just being notoriously difficult to get your hands on across the border in the US. I’m not going to take an official stand on the volume’s alleged superiority, although I will say that there’s at least one turn of phrase that Barnard gets right that Gray doesn’t, and that alone is enough to tip the scales in Barnard’s favor.

END_OF_DOCUMENT_TOKEN_TO_BE_REPLACED

This is just a quick addendum to my music-themed lesson on Alfonso Cuarón’s Gravity (2013) from my Intro to Film course, which I posted earlier. This bit doesn’t have as much to do with synesthesia, which is why I separated it out, but it is something that I incorporated into the same lesson.

END_OF_DOCUMENT_TOKEN_TO_BE_REPLACED 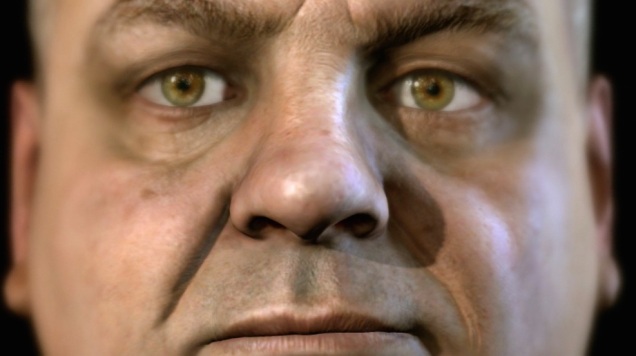 In my 2013 “Comparative Media Poetics: Cinema and Videogames” course, I devoted a week to the genres of mystery and suspense. In this first class of this week, we discussed theory. Students read a portion of David Bordwell’s Narration in the Fiction Film, in which he discusses the concept of communicativeness of narration, and the specific ways communicativeness is clamped down in the detective genre. We also discussed the ways in which mysteries play with time, using the formalist conceits of fabula and syuzhet that Bordwell draws from. This dovetailed with our second reading, Jesper Juul’s 2004 article “Introduction to Game Time,” in which he expresses skepticism that videogames could ever pull off a flashback-based story structure.

The screening for this week included the entirety of Alfred Hitchcock’s Stage Fright (1950), as well as selected chapters of Heavy Rain (Quantic Dream, 2010), which I had students play live, and discuss. We re-convened during the next class session for a discussion on unreliable narration and the relative “fairness” of twists. Readings included Kristin Thompson’s chapter on Stage Fright in Breaking the Glass Armor, and Emily Short’s writings on Heavy Rain. Spoilers on the (potentially unfair) twists of both texts below.

END_OF_DOCUMENT_TOKEN_TO_BE_REPLACED 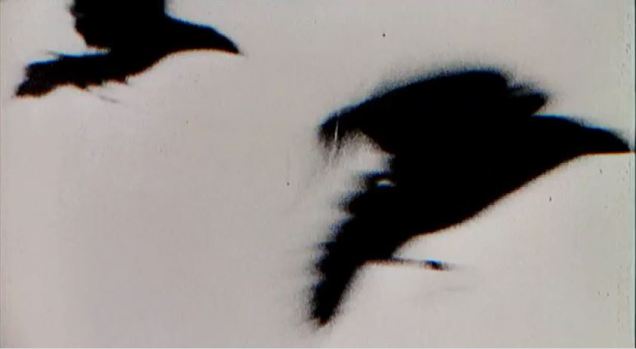 Alfred Hitchcock is often deservedly lauded for his skills as an editor, as well as for the ingenuity of his films’ plots. What often gets lost in the shuffle though is how well Hitchcock uses mise-en-scene and sound. The Birds is an excellent example. The first time I saw the film I, like many others, noticed how seemingly disjointed the two halves were. If I hadn’t known the main subject matter of the film was before I saw it because of its fame, the first 50 minutes would have, on the surface, prepared me for a film purely about the relationship between Mitch Brenner and Melanie Daniels, with any sort of outside conflict coming from perhaps Mitch’s mother or Annie Hayworth, and nowhere else. Instead, at about the 52 minute mark there is a mass bird attack at Cathy Brenner’s birthday party, and the film becomes one of disaster, with all the characters fighting against the birds—not with each other. While I was perhaps puzzled and maybe even a little surprised by the sharpness and abruptness of this plot twist, I realized I wasn’t shocked at all. I may have not consciously expected the change in course, but there was a part of me that knew how dangerous the threat of the birds was, and knew that something like this would happen. Naturally I wondered why I was so relatively nonplussed by the first bird attack and the film’s subsequent course. How could I have known what was coming? Reviewing the film, the answer is rather simple: Hitchcock prepared me for it, expertly using timing, mise-en-scene, and especially sound to prepare viewers for the sudden change in the film’s focal point. In this essay I will go over specific instances of this throughout the first half of the film, illustrating exactly how Hitchcock subtly saturates the viewer with the idea of the birds as both omnipresent and threatening.