I have wanted to write about the original Silent Hill (Konami Computer Entertainment Tokyo “Team Silent,” 1999) for a very long time. But it has been difficult to find a “way in.” Unlike its pseudo-remake, Silent Hill: Shattered Memories (Climax, 2009), which I have successfully gotten around to writing about, Silent Hill doesn’t have much in the way of interesting flaws to pick apart. It has flaws, to be sure. But its flaws are banal. It falls prey to the “let’s belatedly explain our incoherent story via some back-loaded cutscenes” problem so typical of games of the original PlayStation era, especially those produced in Japan that I have only ever experienced in English translation. Its successes, meanwhile, are numerous. But I’ve never found a way to approach them with intellectual rigor. My reaction to the game is a primal one, and I have struggled to conjure critical thoughts beyond, “my, it really is surprising how effectively scary this game still is, despite the limitations of its visual style.”

But, what the hell: I’m going to give it a shot, in the form of one of my “hodology of videogames” series of posts. Since it’s been awhile, here’s a quick refresher on the ground rules: “Hodological space” refers to the space that humans inhabit: not a space made up of strict coordinates, but a thicket of preferred paths, affected by factors such as interest, distraction, fatigue, and urgency. It’s a term that originated in the writings of psychologist Kurt Lewin, and which traveled by way of Sartre into the realm of phenomenology. Today, I’ll be thinking about the paths players take through the town of Silent Hill.

The first thing people usually talk about when they talk about Silent Hill is the fog. And there’s plenty to praise about it. Necessity is the mother of invention. The original PlayStation hardware couldn’t handle long draw distances, and, as a result, many games covered their landscapes in impenetrable fog. In the case of Silent Hill, though, there was definite artistic intent behind this choice. It seemed as if Team Silent had read their O.F. Bollnow, who points out that “fog shows us a totally altered world compared with the observable world of daytime. In fog, things lose their tangibility, they glide into the incomprehensible and acquire by this very process a newly menacing character.”[i] Other games might adopted fog due to technical necessity, but Silent Hill followed through on fog’s potential to be scary.

Bollnow linked fog with heavy snowfall, which he characterized as “the total dematerialization of the surrounding world. We have the feeling of having to tumble into nothingness, because we see nothing fixed around us that we could hold onto.”[ii] Fog and snow join with darkness in their ability to offer up “horizonless space.” It is not darkness per se that frightens us, posits Bollnow, but its ability, alongside fog and snowfall, to make “the basis of human orientation … disturbingly uncertain.”[iii] 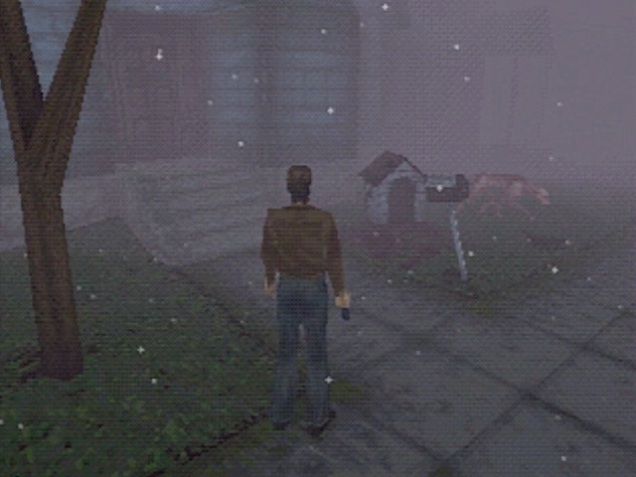 There is plenty of darkness in Silent Hill, just as there is plenty of fog. There is snow, as well—an oft-forgotten detail, one that didn’t get reliably translated into the game’s many sequels (until Shattered Memories, that is).

But I don’t really want to devote this post to the snow, or the darkness, or the fog. As I already said, those areas have been well-covered by others.

What I want to talk about is the map.

When you first arrive in it, the town of Silent Hill seems so strikingly large and open. This is the original PlayStation, a couple years before the release of Grand Theft Auto III (Rockstar, 2001) on the PS2. And there it is: nine whole city blocks and change, which we have been given free reign of in the game’s opening moments.

Or so, at first, it seems. Players eager to buck the game’s designated waypoints and explore these foreboding empty streets will soon find that the map lies. Many roads are out, terminating in twisted wreckage. Despite the promise of exploration, we’re being funneled to specific points, gradually becoming privy to a maze-like progression. 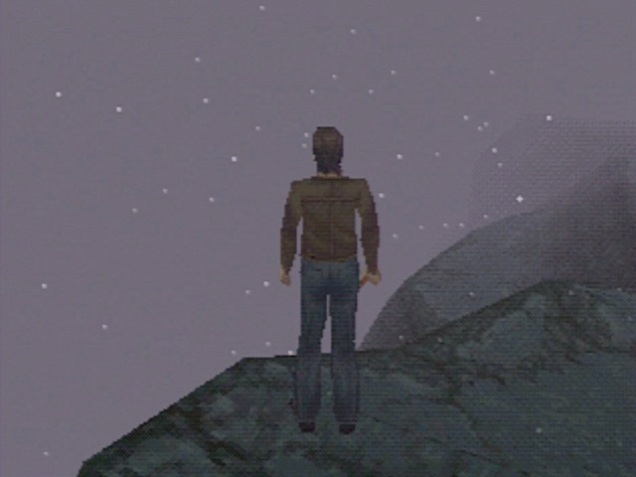 By the time we leave the Old Silent Hill district and move on to Central Silent Hill, our once-pristine map has undergone a quite thorough transformation, now more accurately representing the twisty route that players are obliged to take through its streets, alleys, and secret passages.

Mechanically speaking, Silent Hill is not that much different from its generic predecessor Resident Evil (Capcom, 1996) in this regard. Both games drop players into a seemingly large space—a mansion in the case of Resident Evil, a town in the case of Silent Hill—only to then tightly direct their route through it, by throwing up locked doors, hidden keys, puzzles, and other roadblocks. If you squint, you can even see a common form that stretches all the way back to the ur-form of survival horror, Alone in the Dark (Infrogrames, 1992).

And yet there’s really something to be said for scale. In its bare mechanics, Silent Hill resembles the crooked, puzzle-marked path of Resident Evil, yes. But, despite that oppressive fog, it still feels so much more open. Stumbling across the town’s many dead ends stifles the feeling of expansive exploration, yes. But this is tempered somewhat by the fact that there are other things to stumble onto, as well. Every now and then, a storefront in Old Silent Hill is more than just an inert texture, and actually provides you with a door you can enter, a fully-rendered interior with a save point and perhaps a few energy drinks dotted about. And Central Silent Hill is legitimately filled with secrets. The game’s second half plays against expectation, using the player’s assumption that it will be just as linear as the first half as a way of hiding story-altering secrets and chance encounters. 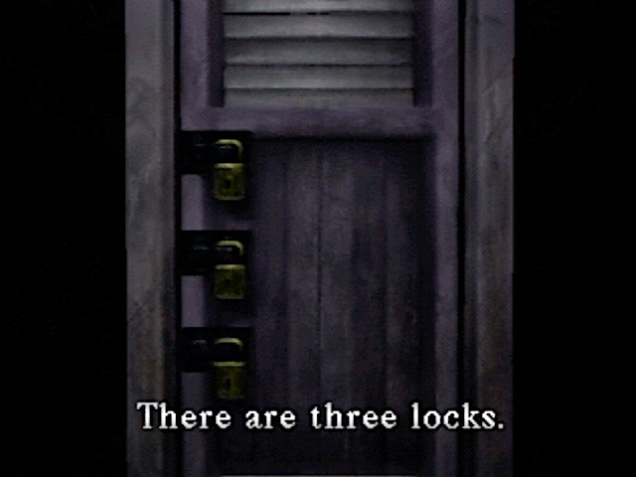 There is an unfortunate technological determinism that has calcified around the widely-accepted history of the Silent Hill franchise. The conventional narrative goes that the first game was a brilliant creative use of technological limitation, that the first two sequels or so successfully riffed upon the first game’s technologically-necessitated formula, but that further sequels saw diminishing returns, as the tired old fog couldn’t shoulder the weight of the series any longer. And while it’s true that the first game was a technical marvel, it does it a disservice to treat it as only a product of its time. Every time I replay it, I am struck by how much of a masterclass in map design Silent Hill is, with two halves that are mirror images of each other. In its first half, a sense of free openness masks what is actually a fairly linear path. In its second half, expectations of linearity are used to mask a hidden openness. It is a delicate dance, and one that is still worthy of study.