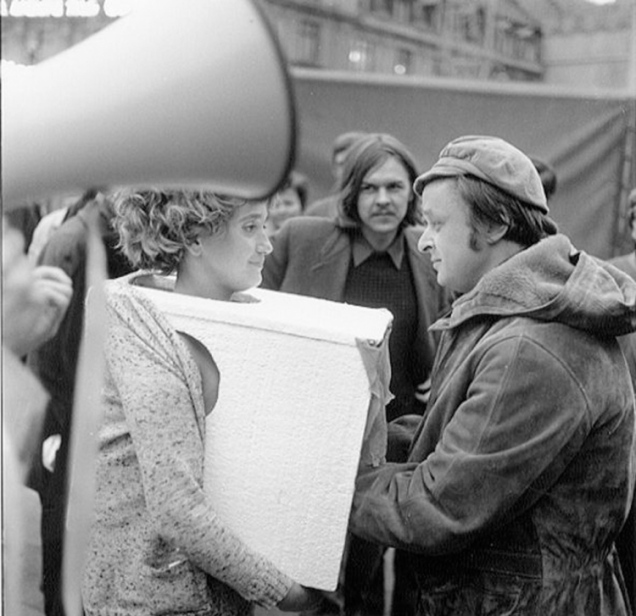 As one of the only known female Actionists, Viennese filmmaker Valie EXPORT explored the possibilities of experimentation in cinema during the late 1960’s- early 70’s.

Prior to her work, names such as Stan Brakhage and Michael Snow held major influence in New American Cinema (1960’s). Both artists were known for their work in Structuralism Film making. Film’s of this genre mainly consisted of an emphasis on the material aspects of the film, or qualities found in the film itself. Snow’s film Wavelength 1967, is one such example. In this film, a stationary camera focuses closer and closer on a particular section of a studio apartment over the course of 45 minutes. The area in focus, and even the room are not the subject. Snow chooses to demonstrate the act of “zooming in” as the main initiative, making the actions caused by the camera the primary staple of the film.

Work of Valie EXPORT and other Vinnese filmmakers took the polar opposite approach from both American and European Structuralism. Approaches to their films formed from encounters with Viennese Actionists. These Actionists held “Ritualistic Performances”, often using mud and bodily fluids on and around their bodies to show relations. The idea of incorporating “temporality”, starting first with both the Happenings and the Fluxus, was used as well. The mixing of genres (music, movement, sculpture, etc.) coupled nicely with their intentions of infusing work with interactivity.