Umurangi Generation is a first-person, single-player photography game, available on PC via Steam and on the Nintendo Switch. The game takes place in Tauranga, Aotearoa (traditional Maori name for New Zealand) in the “shitty future” amidst a kaiju apocalypse. As a player, you take on the role of a photo courier, taking pictures of the various scenes of this apocalypse as you travel from place to place, earning money from your photography. 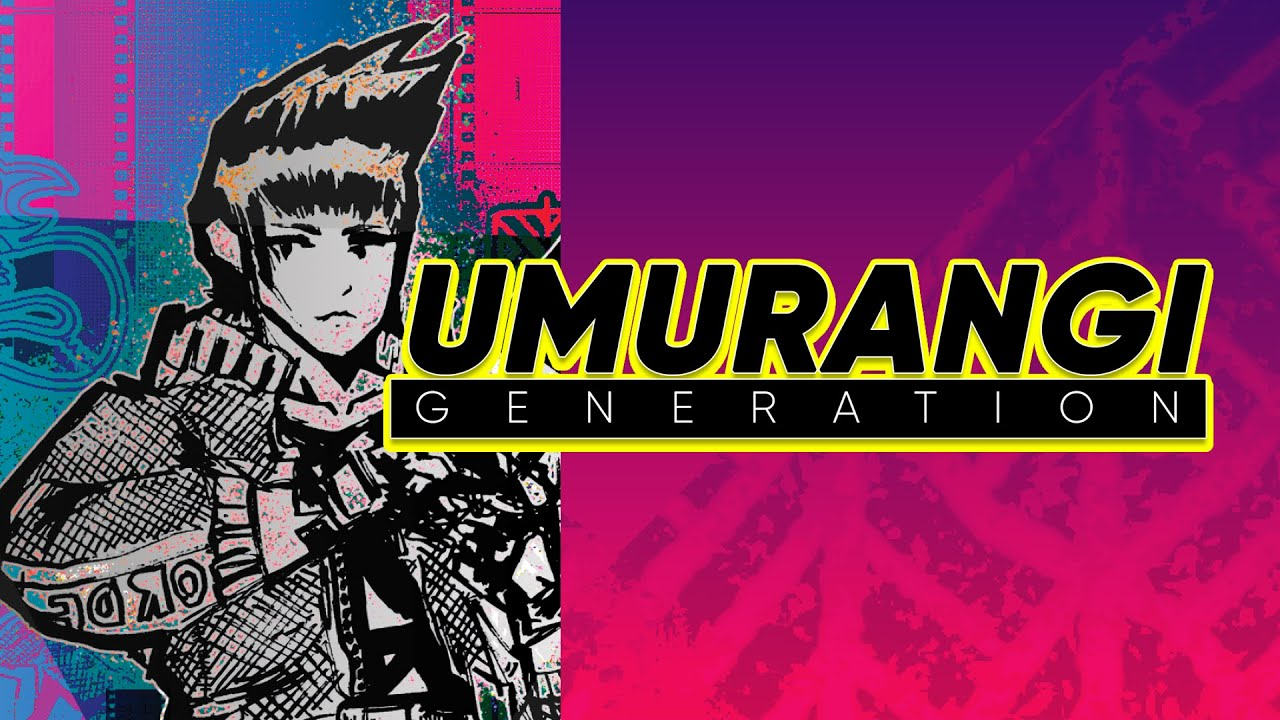 Developed in 2020 by Naphtali Faulkner, also known online as Veselekov or “Ves”, an independent Maori developer, the game was produced within about 8-10 months. The initial idea for the game came about from Faulkner teaching his younger cousin how to use a DSLR camera, to which he likened the experience to teaching mechanics in a video game. Faulkner then first approached development of the game with the idea of creating a photography-based game. The concept and themes of the game then changed course with climate crises, including at the time the Australian bushfires, which destroyed his mother’s home, and the Australian government’s overall lack of action and willful ignorance towards the fires until they affected the wealthier neighborhoods. Completion of the game unintentionally overlapped with the very first COVID-19 outbreak, escalating the themes of the game for players.

The game combines a low-poly art style and cyberpunk visual aesthetics to create surreal environments and frame the concept of a “shitty future”. It takes inspiration from other games such as Jet Set Radio (2000) and Death Stranding (2019) and additionally draws references from other media such as Godzilla (1954) and Neon Genesis Evangelion (1995).

The gameplay can be summed up as “FPS meets I-Spy”, in which the game combines FPS (first person shooter)-esque mechanics with I-Spy-esque objectives. The game itself is separated into 9 unique levels, with the expansion pack adding 4 new levels to the game. Each level has its own set of unique objectives and obtainable rewards, including bonus rewards not necessary to progress in the game.

When walking around the map, the player screen takes on the look of your typical FPS game, with what would be a weapon replaced by a camera instead. When the player clicks to take a photo, the player character brings the camera to their face and the screen then imitates that of a camera display. In this screen, players are able to manipulate common camera settings such as zoom, focus, and angle or tilt. The tilt mechanic differs on the PC version and the Nintendo Switch version, the PC version utilizing keyboard controls to tilt the camera and the Nintendo Switch version allowing the player to tilt the camera by physically manipulating their Nintendo Switch device. Taking the photo moves you to a new screen in which players can edit the colors and effects of their photo. This screen also allows players to save the images they’ve taken and edited to their photo gallery.

Players are allowed a lot of freedom in how they approach the gameplay of Umurangi Generation. Players are free to take pictures however they like of whatever they like within the mechanics of the game. In the game tutorial, it is made clear that there are no strict creative or composition guidelines for taking photos and that photos are graded and rewarded instead based on the amount of colors in the photo and the overall mood of the photo. Players are only ‘punished’ for photographing bluebottle jellyfish, Portuguese man o’ wars.

The game does include a ‘point system’ via money earned through taking photos, but there isn’t any explicit place to spend this currency, thus making it largely irrelevant aside from the bonus objective that can be earned in each level. This means that players are essentially allowed to photograph anything they’d like.

Progressing through the levels of Umurangi Generation involves exploring the spaces and maps of each level, taking photos, and clearing the level-specific objectives. Each level has its own unique map that requires players to explore each time they progress. The maps do not not have any clear and distinct boundaries or edges, effectively making each space feel like a part of a larger, expansive world. Of course, the maps do still have boundaries, and when players cross this boundary or fall off the map, they will respawn back at the starting point of the map. Movement controls in the game are limited to walking, double jumping, and crouching and do not include sprinting, forcing the player to slowly explore the space. Within these controls, players are allowed to explore the space however they like, including climbing stairs and jumping to high places.

The objectives of each level are an incentive for players to further explore the spaces in each level. The objectives required to progress to the next level are called “Photo Bounties”. As you progress through the levels, the bounties get harder and more specific. Players have to explore the space to find specific angels to capture certain sets of things in order to clear the bounties. For example, in the first level, one of the bounties is to take a picture including 2 boomboxes, a relatively easy task. However, when we get closer to the end, players must capture a picture of something like 11 candles and 2 boomboxes, a task that requires players to explore a bit more to find a location that can capture all the objects in one frame. Additionally, each level is laced with many, many details, further driving player incentive to explore the space and discover new details.

The story of Umurangi Generation makes use of embedded narrative. As players advance through the levels and explore more of the spaces, the narrative becomes more apparent. In each level’s map, we piece the narrative together through the various objects and messages littered throughout the map. Some of these messages are more explicit than others. For example, players are able to find news pieces in some levels showing the recent events in this world, expanding the lore, or players can find messages in graffiti.

When we view the progression of the levels and maps as a whole, we see the use of the transformation of space in aiding narrative development. We see this when objects are taken from one scene to the next or when maps recur but with a different atmosphere and context. For example, the map in Level 2 is reused in Level 5. In Level 2, the map takes on a stale, grey-toned color palette, depicting a military zone at standby. In Level 5, this map is transformed into a pitch-black kaiju warzone rimmed with blood-red lighting. Players are given hints that this is the same area through details such as graffiti and landmark objects. Similarly, in this war-ridden Level 5, players are tasked with photographing a bodybag in order to progress. In the next level, players can find the same bodybags as they explore the train on its way back from the warzone. Players can then begin to see that there is a linear narrative playing out as they progress through the levels.

“The end of Umurangi Generation is explicitly anti-cop, anti-capitalist, and anti-fascist.”

The final message of Umurangi Generation is the inevitable end of the world. The title of the game is taken from the Te Reo Maori word “umurangi”. Although the word does not have an exact translation, it directly translates to “red sky”, and its meaning akin to “witnessing the end of the world”. The word “umurangi” also makes reference to the Huia, a bird that was hunted to extinction. With Umurangi Generation, Faulkner wanted to depict a generation of people who are essentially living out the last moments of the world, the world’s inevitable end caused by the inaction of world governments in response to crises in addition to the dangers of spreading neoliberalist ideals and thought. On the game, Faulkner has said that “the end of Umurangi Generation is explicitly anti-cop, anti-capitalist, and anti-fascist.” With its seemingly free style of play and creative freedom that Umurangi Generation promotes through its gameplay, the theme then provides an interesting take on the problem of player agency against the inescapable narrative of the game. What importance does personal freedom play in a world that is doomed to end? That is the ultimate question of Umurangi Generation.