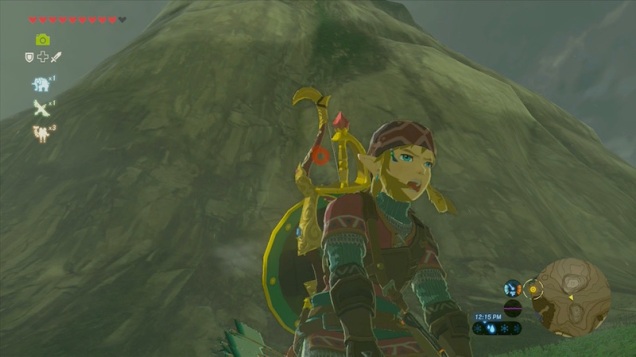 “Hodology” is, according to its Greek roots, the study of paths. These days, its primary associations seem to be with neuroscience. But I want to resurrect an older, more literal use of it: the study of how people move throughout a landscape, the ways in which they chart routes that are particular to the human body, human perception, and human culture.

This sense of the term “hodology” owes much to the psychologist Kurt Lewin. In his 1934 essay “Der Richtungsbegriff in der Psychologie. Der spezielle und allgemeine Hodologische Raum” (a mouthful, I know), Lewin coined the term hodological space to refer to the unique characteristics that landscapes take on when perceived by, and navigated by, human beings.[i] Lewin’s original essay remains untranslated into English after all these decades, but its influence was widespread. Jean-Paul Sartre took up Lewin’s term “hodological space” in Being and Nothingness, and from there it spread to a number of humanistic geographers interested in phenomenology, including Christian Norberg-Schulz and O.F. Bollnow. Norberg-Schulz offers a pithy English-language explanation of Lewin’s contribution:

Rather than straight lines, hodological space contains ‘preferred paths’ which represent a compromise between several domains such as ‘short distance,’ ‘security’, ‘minimal work’, ‘maximum experience’ etc. The demands are determined in relation to the topographical conditions.[ii]

I’ve often thought that preferred paths are an interesting lens through which to look at videogame space, and so I’m inaugurating a series of posts that deal with them. What better to do the honors than one of the most talked-about games of the moment, The Legend of Zelda: Breath of the Wild (Nintendo EDP, 2017)?

The aspects of Breath of the Wild that are currently soaking up the most attention are its open-world structure: the fact that it gives players the ability to do its major dungeon-like challenges in any order, or simply forgo them altogether, and instead take a crack at the final boss as soon as they leave the tutorial area. This is indeed worth talking about, but there are many smaller, wondrous details in the game. For one: climbing.

Maybe it’s just the reviews I was reading, but I was astonished at how little climbing had been discussed, given how absolutely central it was to my experience of the game. Tamed wild horses retain enough rebellious personality to be difficult to control, and Link, even when decked out in the Zora’s armor, simply isn’t much of a swimmer. These two factors pushed me in the direction of climbing as my primary way of getting around. The clincher, though, was the game’s marvelous climbing animations.

For all of its “You see those mountains? You can climb them” promise, terrain traversal in The Elder Scrolls V: Skyrim (Bethesda, 2011) always felt like an awkward joke. You either took the boring old path up a mountain, or you ran and jumped like a crazed cat, trying to find the right grade that was just shallow enough to allow you to stand on, take a few steps, and repeat. I don’t know how many hours I spent with that game hopping along in that awkward shuffle, my face planted in the rocks instead of enjoying the vistas.

Link in Breath of the Wild, by contrast, actually moves like a human being. He’ll switch from bounding up a steep surface to using his hands and back again. He knows how to use his body and to shift his weight accordingly, adeptly traversing some very uneven terrain:

Since it was both efficient and a source of visual pleasure, I ended up climbing nearly everywhere. This isn’t that difficult to do, even in the early hours of the game—provided players learn how to read the landscape.

Link has a wheel-shaped stamina gauge. Players can upgrade it as the game progresses, but it starts out the same for everyone, and it is essential to learn how it affects climbing. The basics are simple: If Link is using his hands to ascend a rock face, he is depleting his stamina gauge. If Link is not using his hands—whether that means he’s walking up a steep grade, or merely taking a break on a tiny ledge—then Link’s gauge stops depleting, and starts re-filling.

In one of the possible routes to the Owa Daim Shrine in the game’s tutorial plateau, the game teaches players what these rules mean: You can’t climb up a steep rock face indefinitely. You will fall. Link needs to take breathers, so you need to be on the lookout for little flat areas, to give his arms a rest. These precious moments of respite, which might be several seconds in length or a mere handful of animation frames, are a necessary component in any lengthy climb, so you must be certain that the landscape affords them.

The cliff leading up to Owa Daim is endowed with a string of neat, literal-minded perches for the player. The collectable “rushrooms” dotting the rock face near these perches provide some extra breadcrumb-trail enticement, guiding the player toward these handy points where Link’s stamina can be refreshed. (In the video below, I have returned to the tutorial area after upgrading my stamina wheel once. The dividing line between “safe to climb” and “needs more perch points” is much clearer when one is starting out with the original, un-enhanced wheel.)

By the end of the tutorial section, players hopefully have a grasp of Link’s effectivities: that is, the bodily abilities he has that determine the affordances of his surrounding landscape. But although these effectivities are fairly easy to grasp, applying one’s knowledge of them when reading the surrounding landscape will become more complicated than it is in the tutorial.

Here I am attempting to ascend a peak in the area of the map marked as “Bonooru’s Stand.” Now bereft of easy-to-spot outcroppings, I am instead at the mercy at my ability to recognize which surfaces of the cliff have a grade that is just barely shallow enough to stand on for a fraction of a second, refilling a tiny amount of my stamina. Sometimes I’ll misjudge slightly, landing on a surface that sends me skittering downward if I have Link let go of the rock face. Meanwhile, there is always the looming threat that I will misjudge more severely, ambitiously trying to ascend when I should be more cautiously rotating around the mountain, looking for a resting place that might be hidden on the other side. There’s a constant push-pull of a risk-reward system, even in something as simple as getting around:

One thing that unites geographers interested in hodological space is a distrust of maps. “As it well known, we can very successfully understand the space that surrounds us in mathematical terms,” writes Bollnow. “And yet every map-user, such as the wanderer in the mountains, soon experiences the limits of such a geometric representation of space.”[iii] Across various authors, one finds an insistence that human’s preferred paths are difficult, if not impossible, to capture in maps that are rigidly quantified and metrical in their logic. This leads spatial theorist Edward Relph to draw up maps like this one, geared toward better representing people’s understanding of spatial traversal, rather than the objective mathematical qualities of landscapes:[iv]

Now, to be fair, Nintendo did an excellent job with their (very objective, mathematically quantified) map for Breath of the Wild. It’s just about the only proper topographic map that I’ve ever seen in a videogame. (If not, it’s the first one I actually registered seeing, which itself says something.) And I’d be lying if I said I didn’t sometimes use it to get a sense of the steepness of the land around me, plotting out the best path to the next mountaintop. 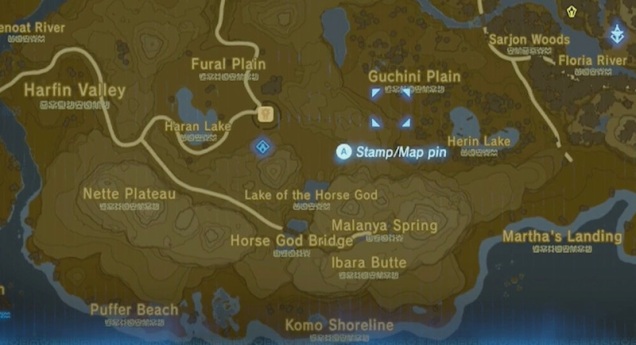 Still, though, Bollnow, Relph, Norberg-Schulz et al. are right: a map can only take us so far. Being humans with bodies, there are always other things to keep in mind as we plot our path. And Breath of the Wild quite marvelously keeps this in mind when giving us control of a virtual human (er, Hylian) with a virtual body. One thing a map like the one above cannot account for is weather, which in Breath of the Wild, shuffles up which paths are “detours” and which paths are “shortcuts.”

Link cannot reliably grab onto rocks in the rain. This is an utterly brilliant detail. I’ve encountered weather simulation in dozens of games, but I’ve never had weather scuttle my plans and make me re-route my travel as extensively as it does in Breath of the Wild. Make no mistake: it is hugely frustrating when raindrops start to fall in the midst of a climb. (The face that Link is making in the header image for this post is very close to the face I would make whenever it began to rain.) But it’s frustrating in a way that makes me feel more connected to Link’s body and Link’s landscape, makes me feel the specificity of the being in world that is Hyrule. It forces me to re-think, to re-plot my path, and to connect with this landscape in a way I might not have otherwise.

Anyway: Breath of the Wild. I liked it. It is good. Expect more to come on the subject of landscapes and path-making.